The Enlows - Last Days On Earth 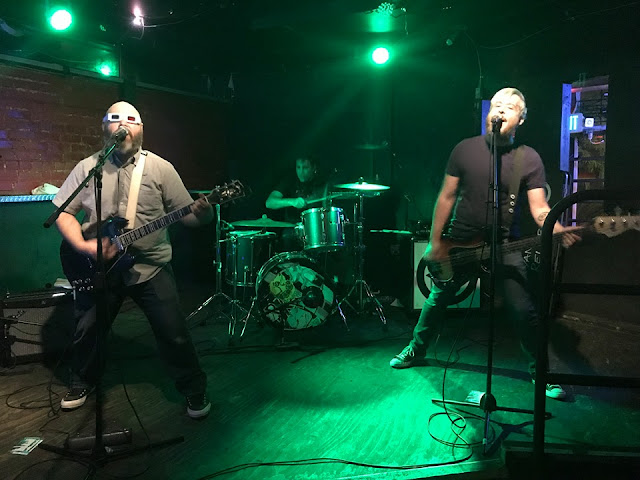 The Enlows are a 3 piece powerpop/punk band from Sacramento who've been together since 1999 and who count amongst their influences the likes of Ramones, The Mopes, Riverdales, MR T Experience, The Queers etc etc etc. With a line up of Ry Arwai (vocals/guitar), Ryan Reliable (bass/vocals) and Jeff Melendez (drums) they've recently released an album titled Take Aim. They've released a number of singles over the course of the last 20 years but this is their first proper album and it's really rather good. 10 tracks of "quick, punchy power pop rock", it's available on cd from the ever reliable Outloud! Records and it's also on Bandcamp :

You can get more info on them here : https://www.facebook.com/theenlows/

So the album... it's fun. It doesn't aim to break new ground, it's the sound of a band who can write catchy tunes doing just that. There's the occasional sci fi type noises and keyboards but otherwise it's mostly your typical Ramones influenced bass, guitar, drum back beat, with super melodic vocals (plus a rather cool harmonica on Raider Of Hearts). Maybe not an album for those who like to pummel their ears into submission but for the rest of us, a joy.

They've released a video for one of the songs (https://www.youtube.com/watch?v=O6io5e6FdkM) but I've chosen a different track to highlight today. This is gorgeous, it's called Last Days On Earth...