Spermbirds - From This Direction Comes War 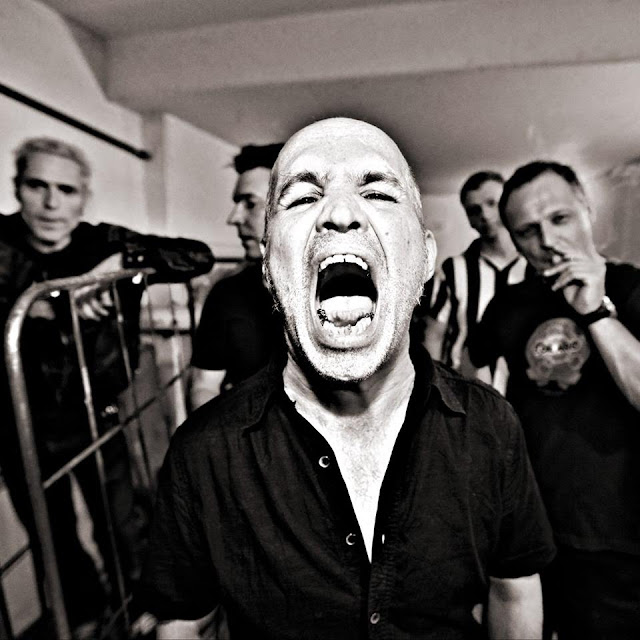 Spermbirds shouldn't need much in the way of an introduction, they formed back in 1982 in Kaiserslautern and currently have members in Cologne, Berlin and Saarbrücken. One of Germany's biggest punk bands, they toured plenty, put out some classic and much loved releases (including their 1986 debut album, Nothing To Prove) and then in 1990 they split up. This was only a temporary state of affairs though as 3 years later they reformed and they've been touring and releasing great music ever since.

The line up of the band hasn't changed too much over the last 3 and a half decades and currently features ex US GI Lee Hollis (vocals), Markus Weilemann (bass), Steve Wiles (guitar), Roger Ingenthron (guitar) and Beppo Götte (drums). Today sees the release of their 9th studio album, it's titled Go To Hell Turn Left and it's a co release between German Label Rookie Records and the UK's Boss Tuneage.

The album's currently streaming on Spotify.

So initial impressions on the album, despite a 9 year gap since previous album A Columbus Feeling, this ain't the sound of a tired old band going through the motions. It's a band with plenty of gas left in the tank and plenty still to say. They still rock as hard as ever and when I played the blistering title track on a recent Just Some Punk Songs show (https://www.mixcloud.com/mick-fletcher/just-some-punk-songs-010919/) the guys in the chatroom went wild.

This is the latest single from the album, From This Direction Comes War...