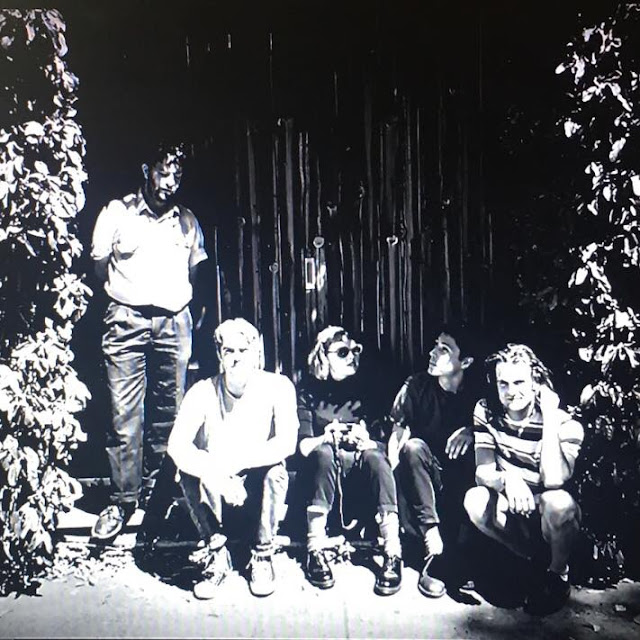 Here's a song I played on the Just Some Punk Songs show this week and I mentioned in the chatroom "here's one for those of you that like The Fall..."  I'm pretty sure a few of the listeners thought it actually was some long lost Fall song, possibly recorded in an Icelandic cave back in the early 80's or maybe something from Melbourne Mark E Smith. There's no getting away from it, The Shifters wear their influences on their sleeve but damn, they make good music.

Featuring a line up of Miles Jansen (vocals/guitar), Tristan Davies (guitar/vocals), Lloyd Davies (bass), Ryan Coffey (drums/vocals) and Louise Russell (keys) they're a band I first came across last year when they released debut album Have A Cunning Plan (https://theshiftersofmelbourne.bandcamp.com/album/have-a-cunning-plan). Even whilst featuring a song from it I managed to mention The Fall (https://justsomepunksongs.blogspot.com/2018/07/the-shifters-worklife-gym-etc.html), I think it's an obligatory reference though as most reviews seem to bring up Prestwich's finest.

So onto the new release. It's a 12" split with fellow Melbourne band Parsnip, it's titled Hip Blister and it features 3 tracks from each band. There's 500 copies and you can get it from French label Future Folklore Records  https://futurefolklorerecords.bandcamp.com/album/hip-blister-3

Hypnotically ramshackle, this is Photo Op...

Email ThisBlogThis!Share to TwitterShare to FacebookShare to Pinterest
Labels: alt, punk, The Shifters