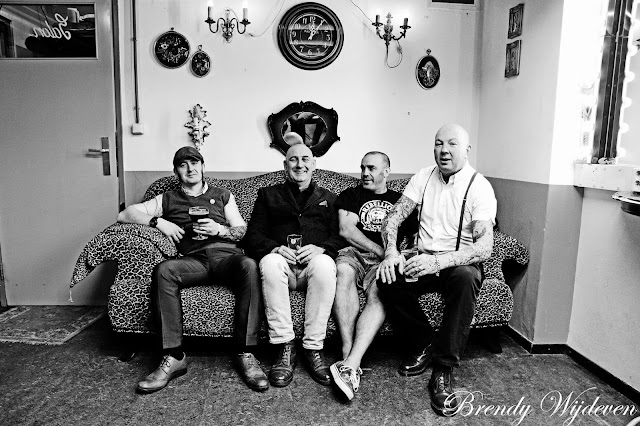 
Getting together in 2014 following the demise of The Scabs and Distortion, Top Dog are from Carlisle & Penrith and play classic street punk and oi! They recorded a demo which brought them to the attention of Rebellion Records and the Dutch label released both the 4 track Welcome To My World ep (2015) and last year's excellent self titled debut album.

They were described by Punk Online as being "like a modern day 4-Skins singing about the trials and tribulations of being a working class lad in England in 2016." The momentum started with the demo, ep and album continued with their first European gig in Eindhoven last month and they'll no doubt pull in the punters for their first appearance at the Rebellion Festival in August.

They line up with Steve Slater (vocals), Nigel Barton (guitar), Marc Lewthwaite (bass) and Rab Desborough-Hartley (drums). American fans can sample their gritty tales from the streets of northern England via Longshot Music.

You can get more info here : https://www.facebook.com/TopDogStreetpunk/

My favourite song from the album? There's a few contenders but I'm a sucker for a catchy chorus so I'm going with Carve Her Name With Pride.....