Nasty Rumours - Because Of You 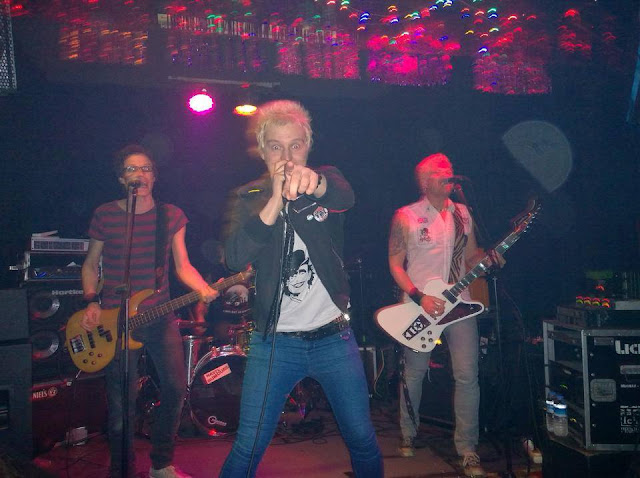 Nasty Rumours are a power pop influenced punk band from Bern, Switzerland who line up Juli (vocals), Flo (bass), Jamous (guitar) and Danny (drums). They're veterans of a number of Swiss bands including The Strapones, Skaladdin, Tight Finks, The Fuckadies, Unhold and Delilahs.

They formed in 2013, have toured Europe sharing stages with the likes of U.K. Subs, Stiff Little Fingers, 999 etc and are currently wowing audiences down in Australia. Next up is a tour of South Africa.

They've released a few singles including their latest split ep with Australian punks Numbskulls which is out now on No Front Teeth Records. You can check those releases out here :  https://nastyrumours.bandcamp.com/

Heavily influenced by the catchier of the late 70's punk scene (The Boys, Undertones, Generation X, The Adicts etc) they also incorporate elements from more recent bands such as The Briefs & Cute Lepers. This is from the new ep and it's called Because Of You.....