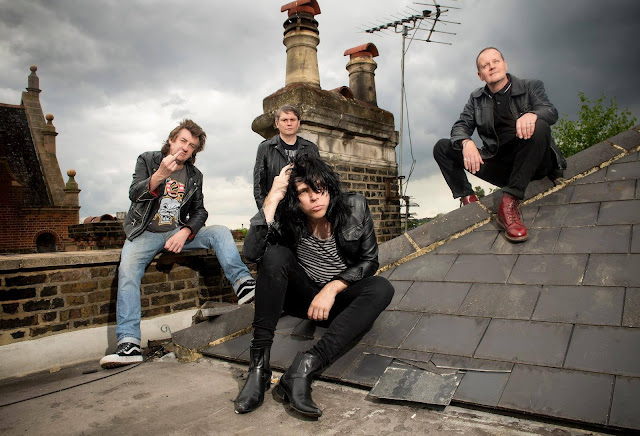 Some good old school proper punk rock for you today from a band that formed way back in 1981 but are still sounding as fresh and enthusiastic as they've ever done.
Desperate Measures (https://www.facebook.com/DesperateMeasuresnz) were originally from Christchurch, New Zealand but are now relocated to London. They've never been especially prolific, their first incarnation producing a 4 track ep and a split cassette with fellow Kiwis Unauthorised. Following on from that, vocalist Eugene Butcher became better known as the publisher of the magazines Big Cheese and Vive Le Rock! but with punk rock still running through his veins he gathered together members of bands such as UK Subs, Done Lying Down and The Glitterati to bring Desperate Measures back to life.
Last year saw them release a mini album titled Rinsed and it was received well enough that they're getting ready to put out their first full length (it's pencilled in for early next year). They're paving the way for it with a single which is very catchy indeed. It's a definite melodic toe tapper with excellent backing vocals that tells us no matter how bad things might be now, it won't be long until a new day's dawning. 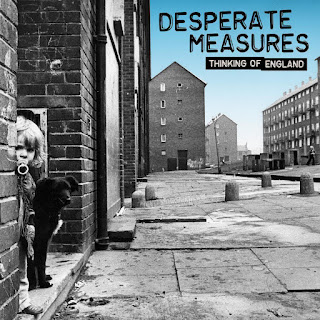 You can get it here : https://desperatemeasuresnz1.bandcamp.com/track/thinking-of-england
It's called Thinking Of England...
Posted by mickfletcher at 01:21