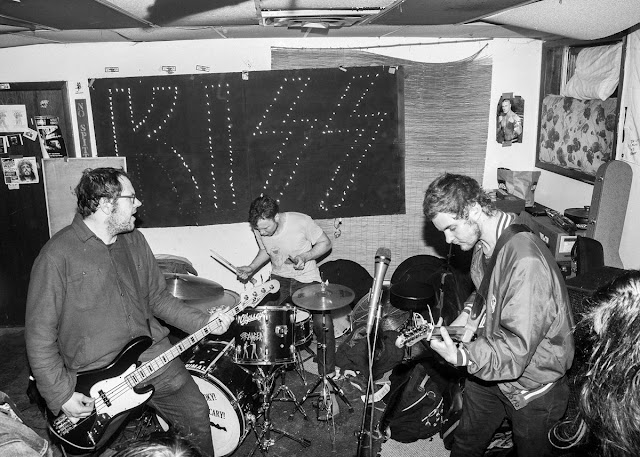 As mentioned last week, I'm going to try and sort out a guest to pick and say a few words about a song every Friday. Ex Dr And The Crippens bassist and Pulsebeat host Wayne Elliott returns today with his thoughts on a track off the latest album from Chicago band Meat Wave. You can find the album here :  https://meatwavechicago.bandcamp.com/album/the-incessant

It’s isn’t always apparent what will go down well on Pulsebeat but this track was very warmly received in the room. I had been sat on it a while – the album came out in February – but I will be sure to feature more from tracks in the run up to Xmas.

Like Dylan’s ‘Blood On The Tracks’ or Marvin Gaye’s ‘Here, My Dear’ the third lp from Chicago band Meat Wave takes it’s inspiration from a break up. Meat Wave frontman Chris Sutter found himself adrift from a 12-year relationship. A period of self-centred and nihilistic behaviour followed, leaving him spent and overwhelmed by anxiety. He kept a notebook of what he was going through and one word cropped up again and again incessant.
“It’s a really good word to describe these hyper emotive situations that I would find myself in where I was just full of feeling and sometimes confusion and regret. It was just very oncoming and overwhelming. So that time in my life and those situations I would find myself in… that’s the incessant,”
Recorded in 4 days with Steve Albini at the helm the album retains the power of their previous work whilst adding a new layer of intimacy through the personal nature of the lyrics. It’s a bold and brave album and a massively entertaining one. Here is the title track ‘The Incessant’.