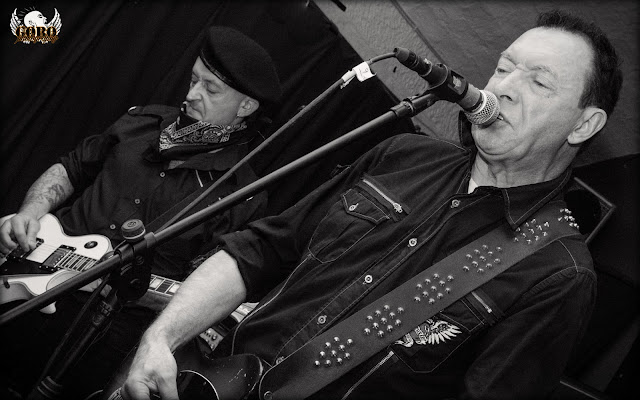 Do you remember The Zips? The Glasgow punk band from way back in the 70's who put out a couple of classic singles before splitting up? I'm guessing if you're old enough to have been about back then you'll at least remember the name? Maybe you even know they got back together again in 2001. Many bands from punk's "glory days" have got back together, not all of them are as good as they were first time around but The Zips definitely are and 40+ years down the line they've just released a new album and it's bloody wonderful. It's called HUH!? and they describe it as "Punk rock and roll with a message and a toon you can whistle!" What more does a punk lover want? You can get the cd from the band (https://www.facebook.com/thezipsuk/) or if you prefer digital, then go here :   https://store.cdbaby.com/cd/thezips15

The band line up with Jonzip (lead vocals/rhythm guitar), Phil Volume (bass guitar/vocals), Fred-X (lead guitar/vocals) and Buddie Poor (drums). They released a single from the album a while ago and it's one of the best of the year (the video's brilliant too, check it out (https://www.youtube.com/watch?v=Q4Giww0O9jY). The rest of HUH!? is equally as catchy. It's timeless punk rock just like they used to make back in the 70's (and which happily they're still making in 2019!).

This track is a good old singalong telling us how the welfare state don't care about you and me and how even when they're fucking up the economy the bankers are still collecting their bonuses. Those in power comfortably ride out the crisis they create whilst the rest of us are left to pick up the pieces. The Future's Never Underwritten.... It's a call to rise up and don't let the state dictate how things should be, we need to declare a state of emergency. This is State....

Email ThisBlogThis!Share to TwitterShare to FacebookShare to Pinterest
Labels: 2019, punk, The Zips