Gouge Away - Only Friend 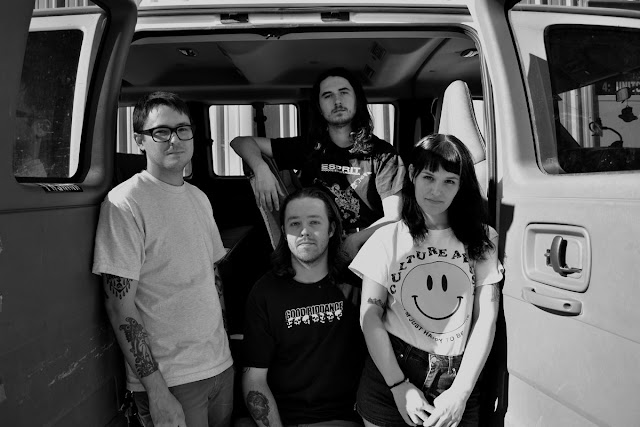 Forming in 2013, Gouge Away are an "angular blend of sass and spitefulness" from Fort Lauderdale, Florida, who are influenced by the likes of Unwound, Jesus Lizard, Nirvana, Foo Fighters & Fugazi and who previously appeared on here back in 2016 with a song from their debut album , Dies (https://justsomepunksongs.blogspot.com/2016/12/gouge-away-wildflowers.html). Since then they've released the Swallow/Sweat single and are shortly about to unleash album number 2, Burnt Sugar.

It'll be out on 28th September and you can pre order it on various formats here :  https://gougeawayfl.bandcamp.com/album/burnt-sugar

The line up of the band features Christina Michelle (vocals), Mick Ford (guitar), Tyler Forsythe (bass) and Tommy Cantwell (drums). The new album was recorded live in one room at The Atomic Garden, without headphones, 100% analogue onto a 2" tape and then mixed manually onto a 1/4" tape. It deals with personal and social political subject matter and once it's released they plan to promote it with plenty of touring. You can get more info here :  https://www.facebook.com/gougeawayfl/

The first single from the album deals with the topic of mental health and in particular vocalist Michelle's battle with paranoia. It's called Only Friend...

I let my guard down to meet someone new
Said she was disappointed
Said I fucking knew
Sometimes it's suffocating
I don't feel like I'm living
Paranoia's always lingering
She's my only friend.