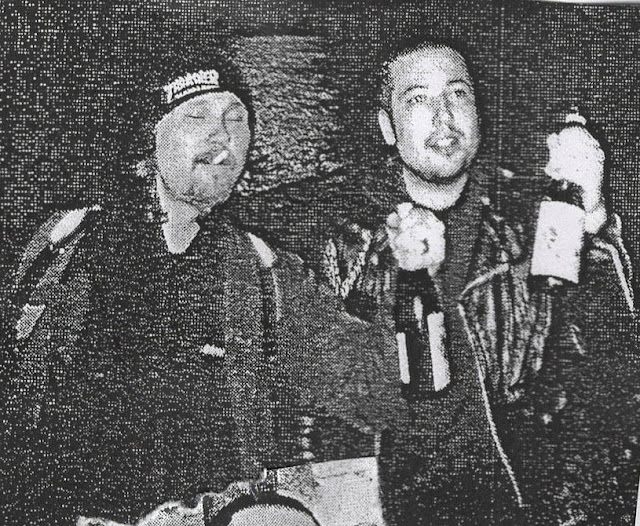 The prolific Drew Owen returns today having previously featured on here as D D Owen, Sick Thoughts, Chicken Chain and Gluebags (which is just scratching the surface of his prolific output). Today Drew is part of Helsinki hardcore punk band Babys Blood and they're unleashing their debut (and probably last) 7" single. Drew's moving back to The States next month so there'll be no more Babys Blood but watch out for a third full length from Sick Thoughts.

After announcing themselves with a blistering demo at the end of 2016 (it's name your price on the Bandcamp link below) they return with 4 more explosive sub 2 minute gut punches that feature Drew venting his spleen. Death, sex, booze, cops, suicide and his loathing of his fellow man all feature, all underscored by a pounding backbeat that is loud and heavy but also pretty damn tuneful.  Check out one of the year's best hardcore releases here :  https://babysblood.bandcamp.com/album/babys-blood-7

This is the opening track, Everybody Looks Like A Fucking Idiot...