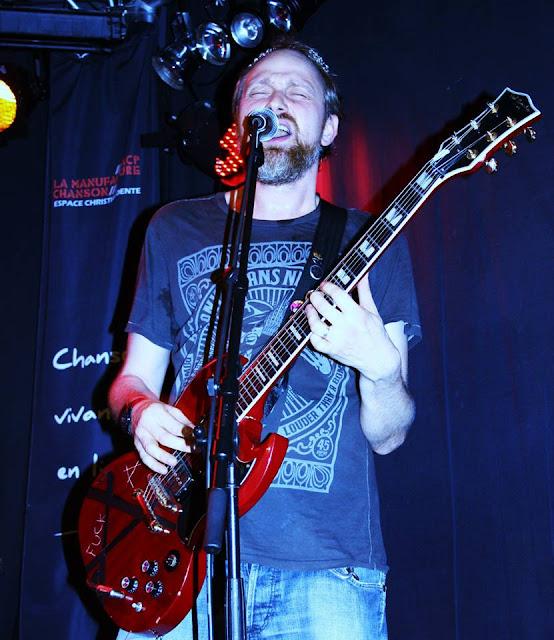 Some of you will know that on occasion I ask various people connected with the punk music scene if they'll submit a top 10 of their favourite songs. Happily a good few of these fine people are happy to do so, many of them also being kind enough to add comments as well. One such generous soul was Josh Louis Lingg who's a member of anarcho punks Louis Lingg And The Bombs. This was Josh's original top 10 and also a link to his band's music : http://justsomepunksongs.blogspot.co.uk/2015/05/top-10-songs-chosen-by-josh-louis-lingg.html


The reason Josh returns today is that I noticed amongst the recent top 10's there was one featuring Estonian punk bands and one made up of songs from Canada. Deciding it'd be fun to try and obtain a few more lists from different countries I asked Josh if he could list his favourite French punk songs and I'm grateful to him for going beyond the call of duty. Over to you Josh, many thanks.....

The all time classic example of fucked up french electro punk shit. I’ve hung out
with Eric Debris from the band a few times and we talked about record production
techniques. Cool!

Anthemic as fuck. My all time fave song about Paris. I’ve hung out with some of the members of this band too. Paris is like that. Most of the original punks are still there and rocking the shitty little venues. Small town!

3a and 3b)  Les Olivensteins: Fier de rien faire

One of the all time french greats. Les Thugs (an amazing band!) did an awesome cover of it too so I kill two birds with one stone:

4)  Les Dogs: Too much class for the neighbourhood

My and our keyboardist’s favourite french garage rock band

This band were a kind of fucking amazing postmodern circus joke. One of the most influential bands in France. This song is about the french National Front who were quite small back in the 80s. Who would have thought that fascism would become the dominant political party in 2015? They were visionaries! The live version is better than the record for this one btw: https://www.youtube.com/watch?v=FpH0gre8AQw The ex-manager of Les Berurier Noir is going to release a 7 inch by us! So that’s pretty damn cool!

I produced this song for this now defunct band. I love those kids! They rocked Paris about 10 years ago!

I produced this song too and this band are rocking Paris right fucking now!

I like songs with whoa whoas and na na nas. Sue me!

This band have been playing forever and are as amazing now as they have been for 20 years. We’ve played with them a shit ton of times! They have surprisingly few songs on You Tube. I suppose they could be luddites... There’s a good chance of that knowing them!

awesome song by a band that just fucking ruled the scene 5 years ago. We played and toured together. You can imagine our misadventures. The music just oozes mischief and total decadence. Interesting music production tip: it was mastered by distorting the fuck out an old school tape and then doing it again! Mad! But it works!

We cover this song in our live gigs. It’s one of our all time favourite french rock songs but it doesn’t exist on You Tube. I can’t find it anywhere else either. Damn! Here’s us playing it live with weird audience participation. I can sing it in tune now… sometimes!

Because they’re probably the most popular french punk band

and we played with a couple of the members recently who also play in this band :

Edouard Nenez et les Princes de Bretagnes: Connard en camping Car
would have made the list but the fucking publishers of AC/DC censored it.


Burning Heads are a great band but I could only find this live version of the Arno (our guitarist) wanted to put on the list: