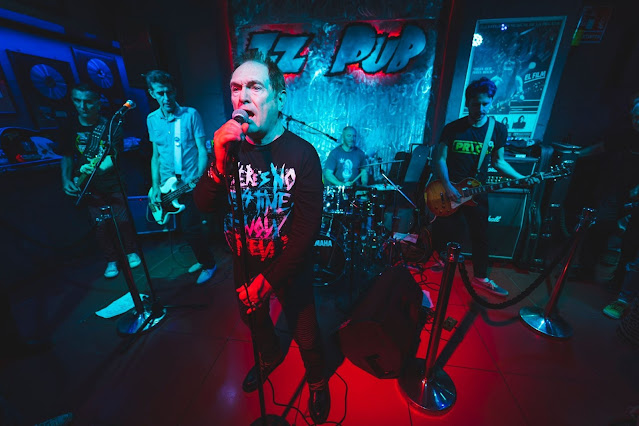 If I was to ask when punk rock first became a thing I'm sure there'd be a few different answers but I'm equally sure quite a lot of you would say 1976. That's also the year that The Wasps (https://www.facebook.com/TheWaspsPunkOFFICIAL) (https://thewaspsofficial.com/) got together in East London. They released a couple of cracking singles (Teenage Treats & Rubber Cars) but split in 1979 due to "unresolvable managerial disputes."
And now, over 4 decades later, they're back with a new album. They're relocated to Malaga but are still fronted by singer/songwriter Jesse Lynn-Dean. He's ably supported by Martin Hope (guitar), Roly Quesnel (drums), Kiko Alvarez (bass) & Perico (guitar). The album's titled Punk Prayer and on it the band are as enjoyable as ever. To promote it they'll be playing a few UK gigs including an appearance at the Nice n  Sleazy Festival in Morecambe on Friday 3rd June. 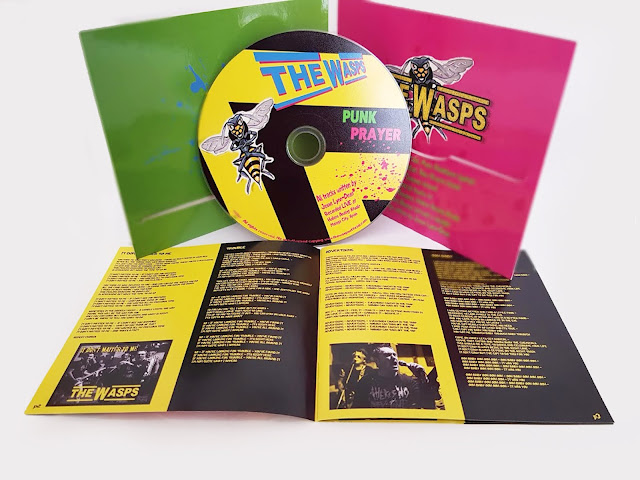 The album's available via Vespa Records & Family Spree Recordings and you can get it here :  https://familyspreerecordings.bandcamp.com/album/fsr116-the-wasps-punk-prayer
I don't suppose I can say the album's packed with catchy Buzzcocks inspired punk tunes when the bands both formed in the same month (Feb '76) but if you're new to them expect a similar style. There's plenty of catchy choruses, lots of melody and you'll want to jump around. I'll play a different song on Sunday's Just Some Punk Songs show but today I'm highlighting the one addressing the climate change crisis. It's called Don't Kill The Planet Janet...
mickfletcher at 00:12
Share