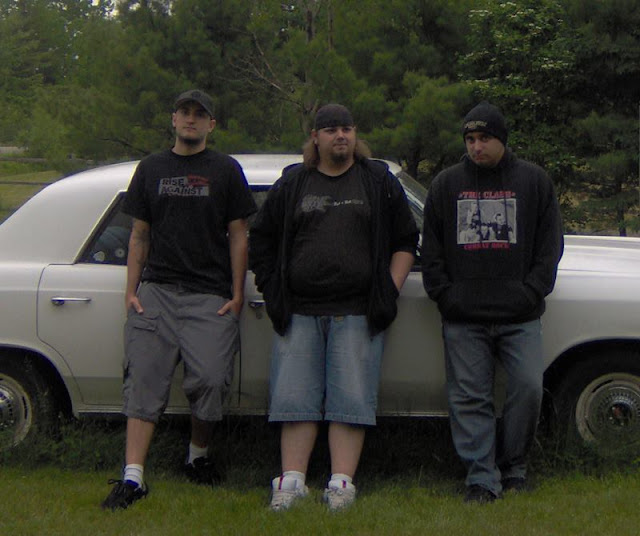 Travis Riot (https://www.facebook.com/travisriotofficial/) are a 3 piece from Amherst, Nova Scotia, featuring Dwayne (bass/vocals), Mike (guitar/vocals) and Chris (drums/backing vocals). They're new to me but released a 3 track demo as long ago as 2004. This was followed by a Self Titled album in 2007 which is available name your price here : https://travisriot.bandcamp.com/

After a long wait, they're back with a single and plans for a new album and live dates. A quick listen through of their debut album reveals that they play fast, hard hitting punk rock. It's good stuff and deserves your attention. As for the new single, despite the passage of over a decade not much seems to have changed. The production (by drummer Chris Thomas) is slightly more polished but the music is as hard hitting as ever. It's political punk with lyrics telling us that we are the plague that was foreseen and asking what have we become. It tells us to open up our eyes to their lies. It's a song that bemoans what's going on in a world of drone strikes and terror from above.