The Stiffies - Fight With Me 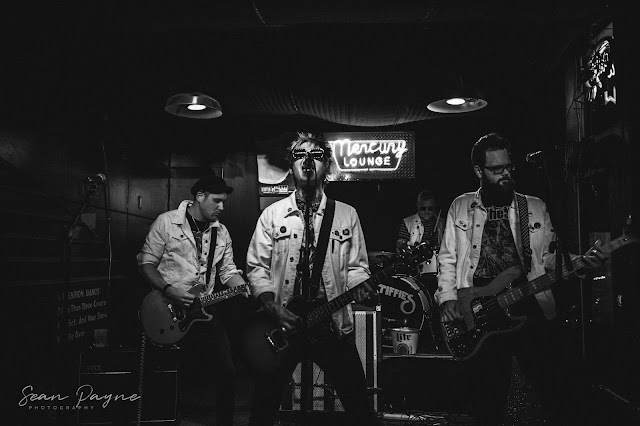 The Stiffies (https://www.facebook.com/thestiffiestulsa/) are a snotty '77 punk band from Tulsa, Oklahoma and line up with Nuke 'Em (Vocals and guitar), Cam (Vocals and guitar), Dee (Drums) and Tip (Bass). They burst out of the starting gates earlier this year with debut ep Four Inches Of Disappointment. It was an impressive quartet of ballsy punk tunes that you should check out.

And now they're back with more of the same with debut album Rub It In. It's another 11 (9 new songs and a couple that featured on the ep) blasts of faster, louder type classic punk bangers. Ruffian rock at its best, lyrics about boredom, bad relationships, loud mouths and stalkers combine with golden era riffs to produce one of the years best albums (an album that would have been one of the year's best even if it had been released back in that "golden era"). It's no surprise that No Front Teeth records have released the it (12" of pure satisfaction)...  https://www.nofrontteeth.co.uk/

You can check it out here : https://thestiffies.bandcamp.com/album/rub-it-in and if you're in the area, watch out for the record release party at Rabbit Hole Tulsa on Saturday 4th January.

Conjuring up flashbacks to the early days of The Damned, this song is called Fight With Me...

Email ThisBlogThis!Share to TwitterShare to FacebookShare to Pinterest
Labels: 2019, punk, The Stiffies