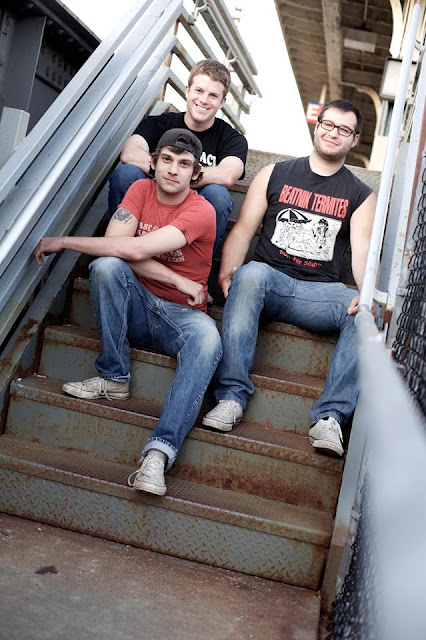 Most bands record the odd cover version but not many go the whole hog and cover a full album. New York trio The New Rochelles have, reinterpreting Animal Boy, the 9th studio album by The Ramones. Released on May 19th 1986 on Sire Records it saw Forest Hills' finest trying to expand their sound a little with the use of synthesizers and keyboards. Internal conflict within the band meant we had less of a contribution than normal from Joey and Johnny (but more from Dee Dee) and it received mixed reviews (PunkNews.org  commented "While nowhere near as bad as the triumvirate of tripe that would follow, this album's lack of an organic sound quality hinders it in the long run") but it did contain some very good songs (including 4 singles) though many didn't like the album's production. It's not easy covering a full Ramones album, a few other bands have tried, with mixed results, but I think The New Rochelles have made a very decent fist of things.

The band line up with Ronnie Rochelle (Electric Guitar and Vocals), Ricky Rochelle (Drums and Backup Vocals) and Rookie Rochelle (Bass Guitar and Gang Vocals). A couple of them are also members of The Young Rochelles (https://www.facebook.com/TheYoungRochelles/). They play catchy old school pop punk and hopefully you're already familiar with them but if not you can get more info here : https://www.facebook.com/thenewrochelles/

Animal Boy was released yesterday, it features faithful to the original versions of songs you'll no doubt know such as Somebody Put Something In My Drink, My Brain Is Hanging Upside Down (Bonzo Goes To Bitburg) and Something To Believe In as well as others you may have forgotten (Crummy Stuff? Mental Hell?) It's available on vinyl from new label, Hey! Pizza records   https://www.heypizzarecords.com/product/new-rochelles-animal-boy-lp and you can compare and contrast with the original here : https://thenewrochelles1.bandcamp.com/

My pick of the bunch? I'm going with Love Kills....

Sid never meant any harm
He shot some dope into his arm
All he wanted was some fun
Now she's lying in a pool of blood
Always loaded, always high
Why did you have to die?
I'll say one thing is
It leaves me with a bitter taste
Love kills

Email ThisBlogThis!Share to TwitterShare to FacebookShare to Pinterest
Labels: 2019, punk, The New Rochelles