The Fallout - Set Us Up 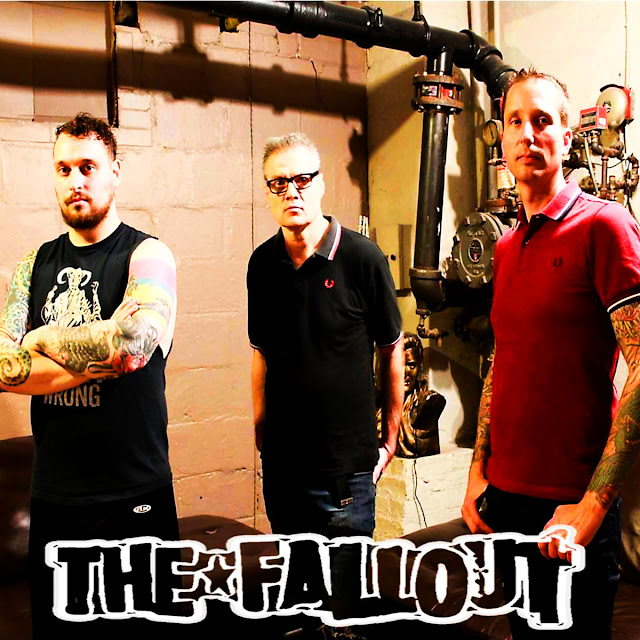 There's quite a few great political punk bands out there, bands that not only write intelligent lyrics commenting on the state of the world that we live in but who also manage to compliment their message with a catchy as hell soundtrack. Toronto 3 piece The Fallout are one of the very best. No strangers to this blog, Byron Pickles (guitar/Vocals), Dr. Bob (drums/vocals) and Patty O'Lantern (bass/vocals) have released some killer songs of unity, inclusion, solidarity and struggle during the course of the band's 15 year history. Taking their cue from Pete Seeger’s quote “the people are on the march and must have songs to sing” they've been responsible for a back catalogue which has seen them described by Exclaim as "kind of like a street-punk version of Woody Guthrie.” There's been 5 albums thus far and rather excitingly number 6 will be with us shortly. It'll be called The Times Have Never Changed and if the teaser track that I'm posting today is any indication it's going to be another modern day classic. You can stream it here (check out their other releases whilst you're there, most of them are remixed, remastered and available name your price) :   https://thefalloutcanada.bandcamp.com/

You can get more info on them here : https://www.facebook.com/TheFalloutToronto/

With a video featuring footage of an anti-austerity demo in Montreal from March 27th 2015, this song is a working class anthem, a call to arms. It's called Set Us Up...

Set us up, set us up just to knock us down
Gotta run, gotta run run you out of town

Email ThisBlogThis!Share to TwitterShare to FacebookShare to Pinterest
Labels: 2019, punk, The Fallout