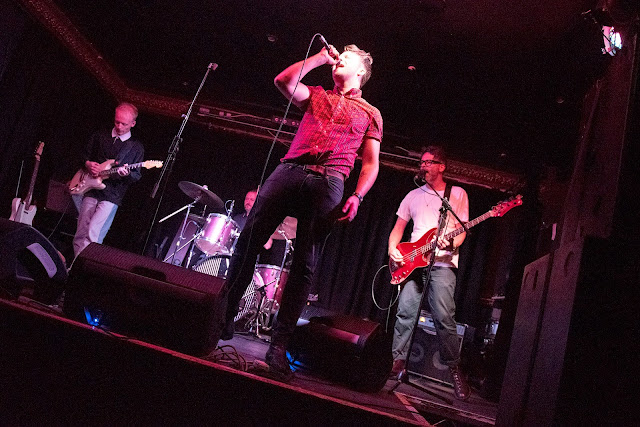 Another political one today....

Skint & Demoralised are Matt Abbott and David Gledhill, a duo from Yorkshire who recently returned following a 6 year hiatus to release their 4th album. A couple of spells as a volunteer at the Calais Jungle in 2016 seem to have led spoken word artist and vocalist Matt to making this album more of a reflection on what's going on around us (listen to album closer Superheroes for a touching account of what I presume is a real life encounter he had there?). Titled We Are Humans, it deals with the state Britain finds itself in as Brexit divides opinion and the gap between left and right grows ever wider and more volatile. It's about Austerity, frustration, immigration, the hardships faced by the working class and the loss of trust in Parliament. It's a marked departure from their earlier output and it's required listening. Often I'll say on here that a song or an album is timeless, this album however is very much a product of it's time. Very definitely fresh and vibrant 21st century punk that displays a wide range of influences and comes with a message you need to hear. It's available on coloured vinyl from Fierce Panda Records  http://fiercepanda.co.uk/shop.php?release=658  and it's on Bandcamp :   https://nymphsandthugs.bandcamp.com/album/we-are-humans

They've a few UK gigs lined up before the end of the year and you can check out details here :   https://www.facebook.com/skintanddem/

This song is a particular favourite. No comment required, just read the lyrics and wonder how so many people can turn their backs on desperate people. It's called #RefugeesWelcome...