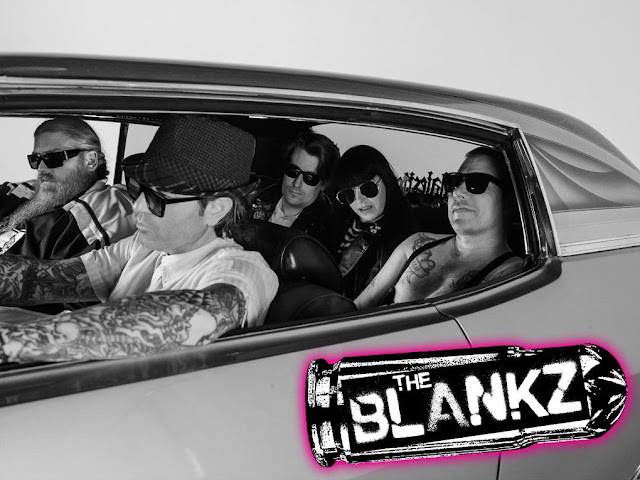 A song that went down well on a recent Just Some Punk Songs show  (https://www.mixcloud.com/mick-fletcher/just-some-punk-songs-070818/) was Sissy Glue. It's the flip side to The Blankz White Baby (debut) single and it had me paying attention for any new material the band might release. The wait wasn't a long one as they're very quickly back with a new 7" single. Released on Slope Records (https://sloperecords.com/releases/) it's the second ep in a series of nine (the next one, I'm A Gun, is pencilled in for 14th September). All the songs will eventually be released as a compilation album.

The Blankz are from Phoenix and despite having only been around since last year already seem to be getting noticed (even MTV are getting in on the act). Reviewers are pitching them somewhere between Devo and The Ramones. If you haven't stumbled across them yet, they're fun, give them a listen. You can find both singles on Bandcamp, both are excellent.  https://theblankz.bandcamp.com/

The Blankz are 2/9ths of the way to an absolutely killer comp. Round and round, here we go, dodge those fists and take a blow. This is called (I Just Want To) SLAM!