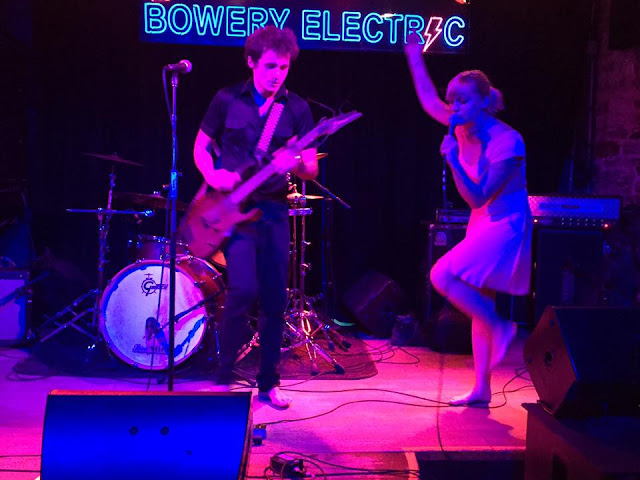 You may remember I recently posted a song from Comrade's new album Matter Of Fact ( https://comradescollective.bandcamp.com/album/matter-of-fact ). I mentioned that there would soon be a Top 10 from vocalist Alexis Snikt and here it is.

This song bridges the punk goth gap with out saying much in the lyrics. It's just a great song to get excited about when it's cold outside and you need some spare energy. Really sets the mood for the rest of the album too.


2)  BAUHAUS - All We Ever Wanted Was Everything

This song is sooooo amazing. It's content so accurately describes the disillusionment of getting older and the monotony of being responsible (get up, eat jelly, smash every week into a day) it gets me every time and a song that makes you feel every time is a great song.

This song at first made me sympathetic to the protagonist, but by the end you can tell it's obsession gone wrong. An ended unhealthy relationship turns toxic. It's a great view of how what was once considered romantic turns borderline stalker in a different context. The music itself is abrasive to the point where you're almost uncomfortable.

The urgency in the guys pleas and the nonchalance of the woman's reply create such a great dual meaning in this classic song.

This is just a catchy fun poppy goth song that makes me happy whenever I hear it.

A song driven purely on bass and feelings of isolation, what's not to love? It has a somewhat ska feel mixed with electronica and delivers a great message about how we block ourselves off and what we're missing. It's simple and to the point but still able to be listened to over and over.

Mike Patton guests on this song and brings his signature style with him. This song goes so many places, and comfortably too. I love a well traveled song.

This song is an anthem. An anthem of our hubris as humans. It begins with rain and ocean imagery and ends with a litany of wrongs and a shell of a feeling. It's an honest song, the evokes genuine feeling.

This band has one of my favorite drummers. The album itself is all about selling your soul to Satan, and it's an upbeat almost pop punk sound that misleads you into loving it.

10)  MOSS ICON - I'm Back Sleeping, Or Fucking, Or Something

Great old punk band from dc, and a great song. Bass and drums star in this song that feels like it's spiraling in on itself.