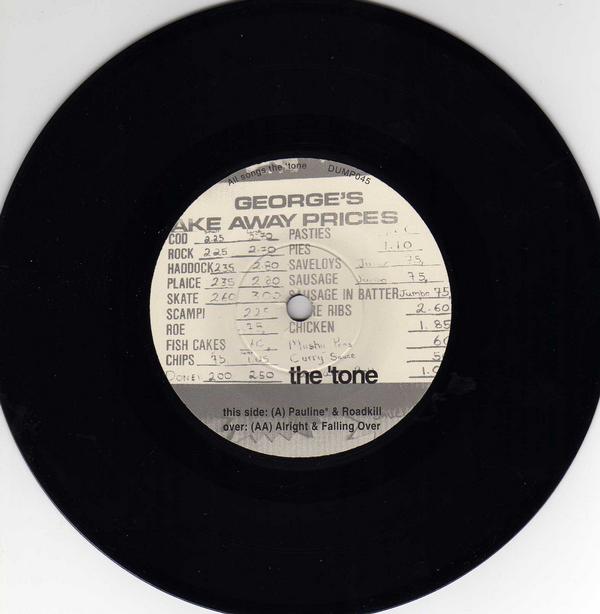 A catchy as hell tribute to The Selecter's Pauline Black today from The 'Tone. It came out in 1998 on the I Know It's Alright ep on Rugger Bugger Records. Featuring on the ep were Dan Bernstein (vocals/guitar), Bob Butler (bass/vocals), Ben Corrigan (guitar/vocals), Paul Ayriss (drums/vocals) and Dave "Fingers" Eve (organ). Other bands the members played in include Schwartzeneggar, Thatcher On Acid and Hard Skin.

The band mixed elements of ska, mod and punk and released a couple of albums (Wide Eyes & Nonsense... Grinding Gum And Molars (1999) and Here's Another Reason... To Believe In Rock 'n' Roll (2001)). The Wide Eyes.... album was a collection of the best songs from their early singles and splits. You can listen to Here's Another Reason here : http://noidearecords.bandcamp.com/album/heres-another-reason-to-believe-in-rocknroll.


A nostalgic walk down memory lane, this is Pauline.....

Email ThisBlogThis!Share to TwitterShare to FacebookShare to Pinterest
Labels: 1998, ska, The 'Tone