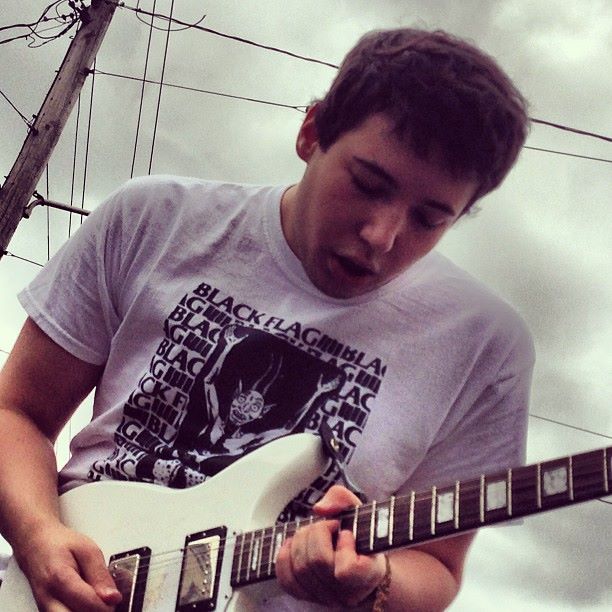 It looks as though Drew Owen is going to be as prolific in 2016 as he's been so far during his time recording and releasing music. You may know him best as Sick Thoughts, under which name he's released a hell of a lot of material in a short space of time, my pick of the bunch being the Fat Kid With A 10 Inch ep ( https://slovenly.bandcamp.com/album/sick-thoughts-fat-kid-with-a-10-inch-comes-with-poster).

He's also released music under several different names (off the top of my head I'm pretty sure a couple, Chicken Chain and Gluebags have featured in this blog).
New Years Day sees the release of his latest disc, the Plane ep. It's out on Ken Rock Records and is "for fans of punk and no shit."  Featuring primitive guitar licks and a scathing verbal diatribe, this is I Hate This City.....